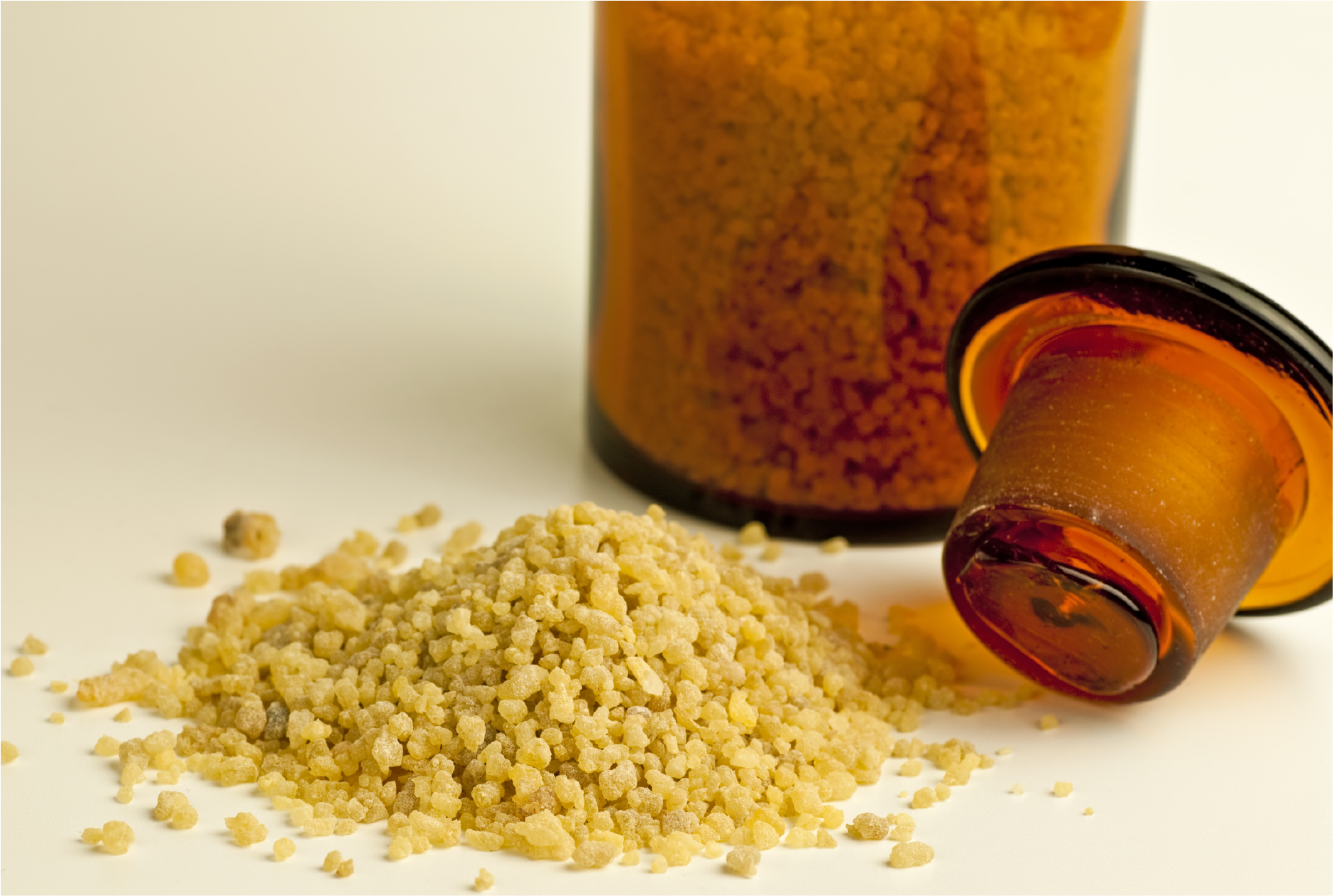 Boswellia is a moderately large, branching tree that grows throughout India, North Africa, and the Middle East. Boswellia’s medicinal properties are found primarily in the thick, gummy sap that lies under its bark. is resin, uncovered when the bark is peeled away in strips, is sometimes referred to as Indian frankincense. Extracts of Boswellia’s resin have been used for centuries in Ayurveda for their astringent, stimulant, expectorant, and antiseptic properties.

The chemical constituents responsible for Boswellia’s anti-inflammatory activity have been isolated and are called boswellic acids. These acids have been shown to reduce inflammation by reducing the infiltration of white blood cells into damaged tissues. Boswellic acids also improve blood ow to the joints.

Boswellia grows natively in dry areas of central India, the Deccan peninsula, and the eastern states. It is also widespread in northern Africa and the Middle East.

Boswellia is a deciduous tree that grows to an average height of 12–15 feet (4–5 meters), with a trunk girth of 3–5 feet (1–1.5 meters). Its opposite, sessile leaves vary in shape from lanceolate to obtuse and have a serrate margin and a rounded base. Boswellia blossoms from January to March, bearing cream colored flowers on long racemes. The triangular fruit is about 3 cm in diameter.

Boswellia’s fragrant bark is reddish-green in color. To extract the gum resin, long cuts are made in the tree’s bark, which then is peeled away in strips, revealing the gummy sap underneath.

Boswellia’s gum resin is made up of volatile oils, terpenoids, and sugars. Its active chemical constituents are a group of triterpenes identified as boswellic acids (BA). These include four pentacyclic triterpene acids along with their derivatives. Boswellia’s volatile oil contains the alcohols anisaldehyde, ocpinene, alpha-phellandrene and sesquiterpene. Sugars present in Boswellia’s gum resin include arabinose, galactose, xylose, galacturonic acid, and digitoxose. Analysis of the leaves has shown the presence of D-fructose, D-lactose, D-glucose, L-sorbose, ranose, rhamnose, and D-galactose.